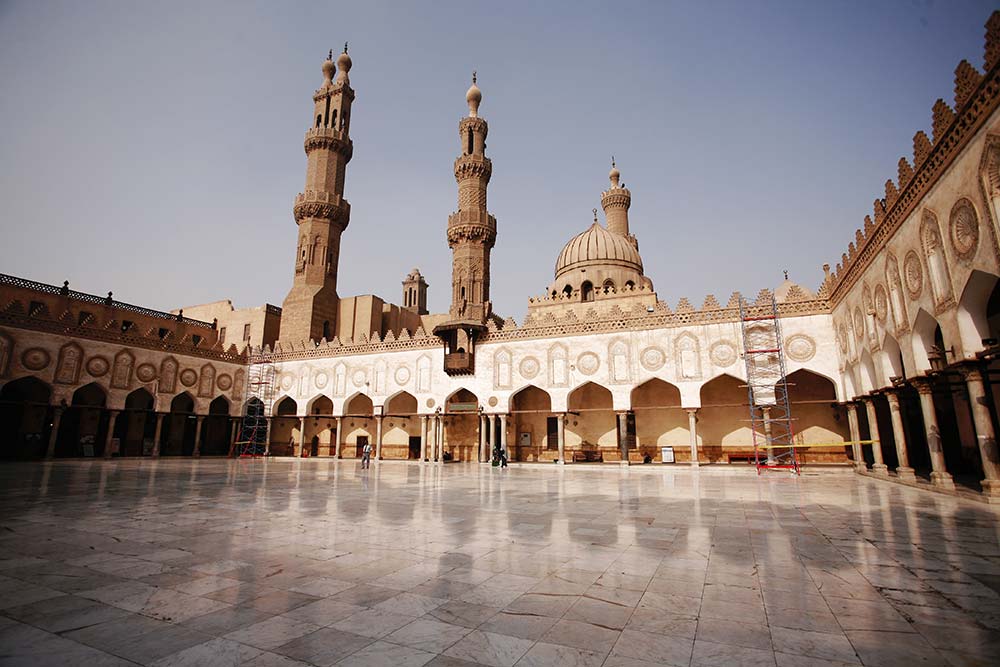 Al-Imam al-Hakim bi Amr Allah AS establishes the Hall of Sciences in Cairo. 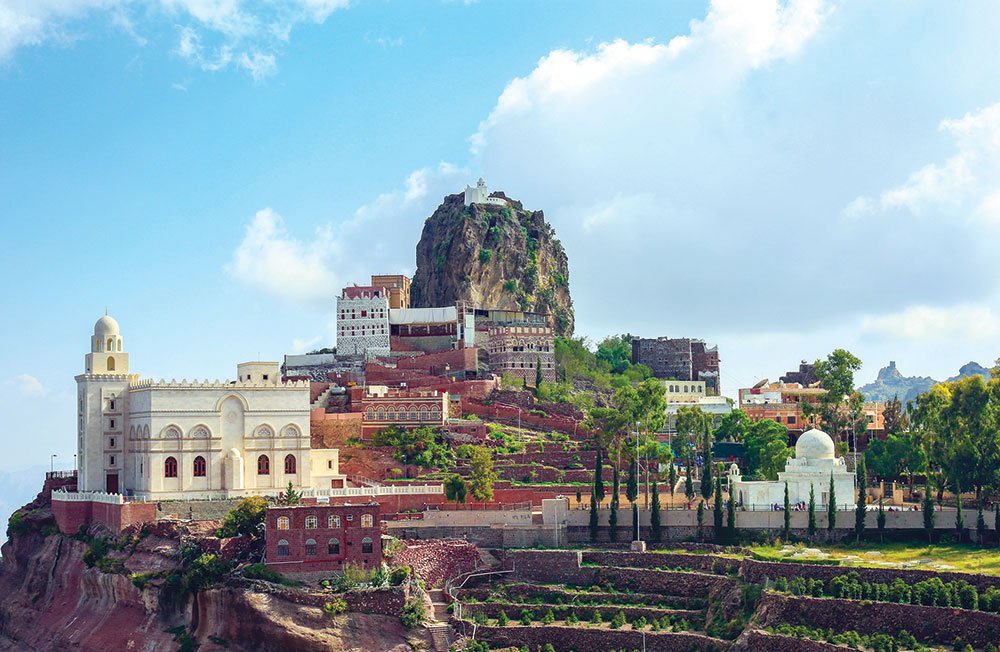 The seat of daʿwa moves to Yemen with the seclusion of the 21st imam and subsequently, the office of al-dāʿī al-mutlaq is established.

The seat of daʿwa shifts to India along with its centres of learning.

Syedna Yusuf Najmuddin RA chooses Surat as the seat of his mission and centre of daʿwa. 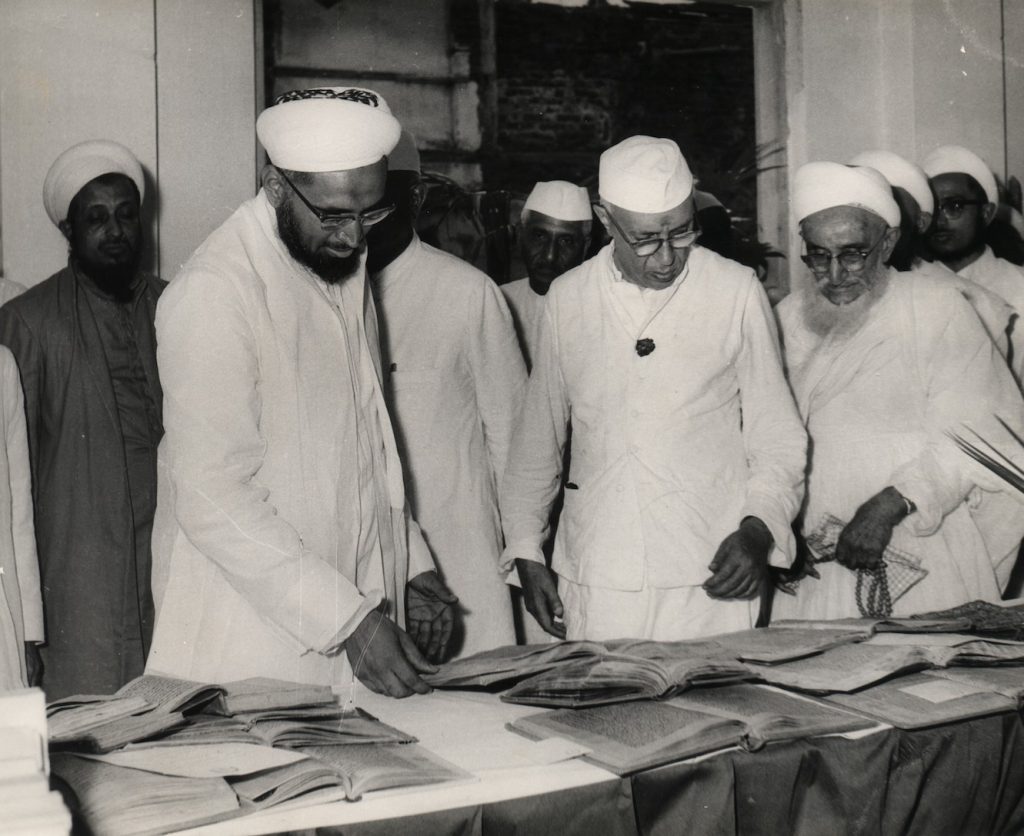 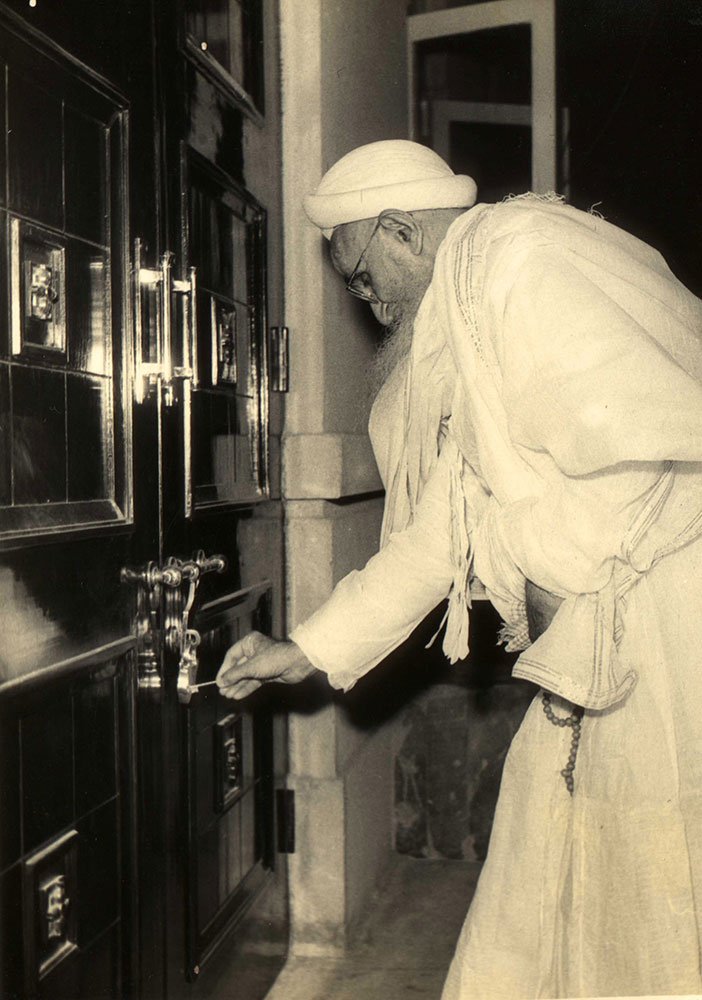 Inauguration of the new campus at Surat, India by Syedna Taher Saifuddin RA

His Holiness Syedna Taher Saifuddin RA gives his blessings to begin Aljamea classes for years one to four in Karachi,
Pakistan. 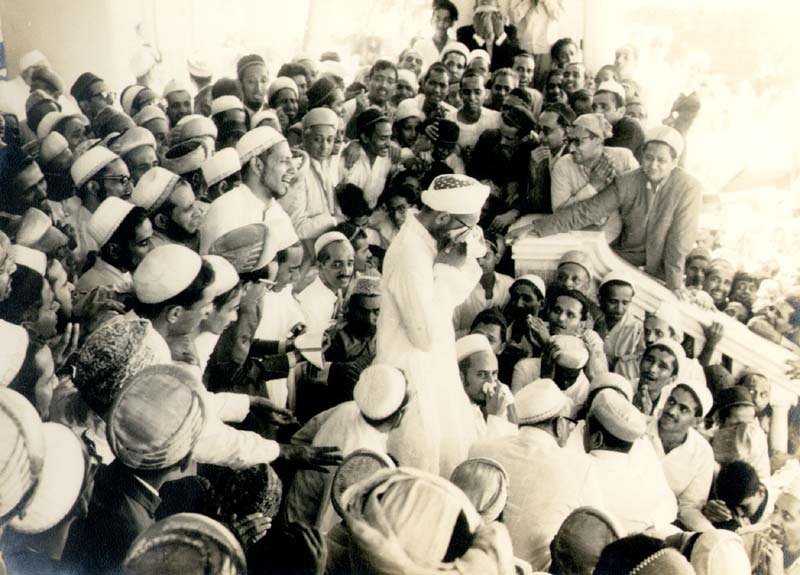 With the wafāt (sad demise) of Syedna Taher Saifuddin RA, Syedna Mohammed Burhanuddin RA inherits the legacy of educating and nurturing the souls of the students of Aljamea and members of the Dawoodi Bohra community.

His Holiness Syedna Mohammed BurhanuddinRA institutionalises Aljamea in Karachi and lays the foundation for the academy’s dedicated campus.

Non-student members of the Dawoodi Bohra community partake for the first time in Aljamea’s annual examination.
His Holiness names this group as mustafīdīn or Beneficiaries of Aljamea’s Examinations. The practice continues to this very day. 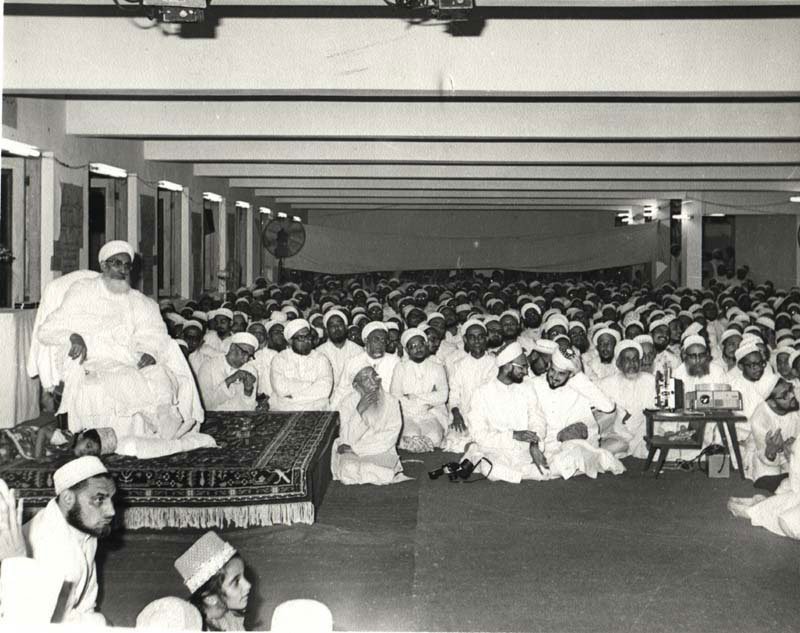 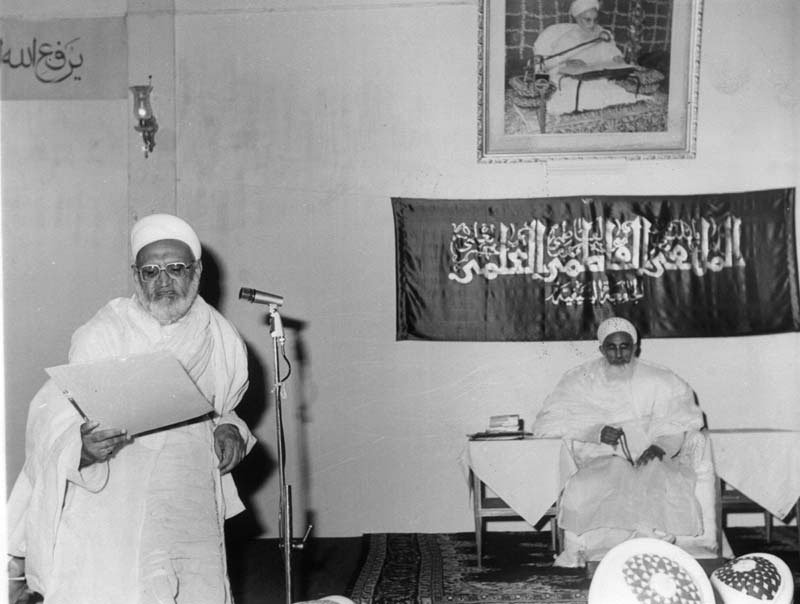 Al-Multaqa al-ʿIlmi al-Fatimi, the Fatimi Educational Gathering is conducted in Aljamea, Surat and serves as an impetus for the spiritual and temporal efflorescence of the community.

Syedna Burhanuddin RA lays the foundation for the reconstruction of the īwān and also the library, auditorium and mawāʾid (dining hall) of the Surat Jamea. 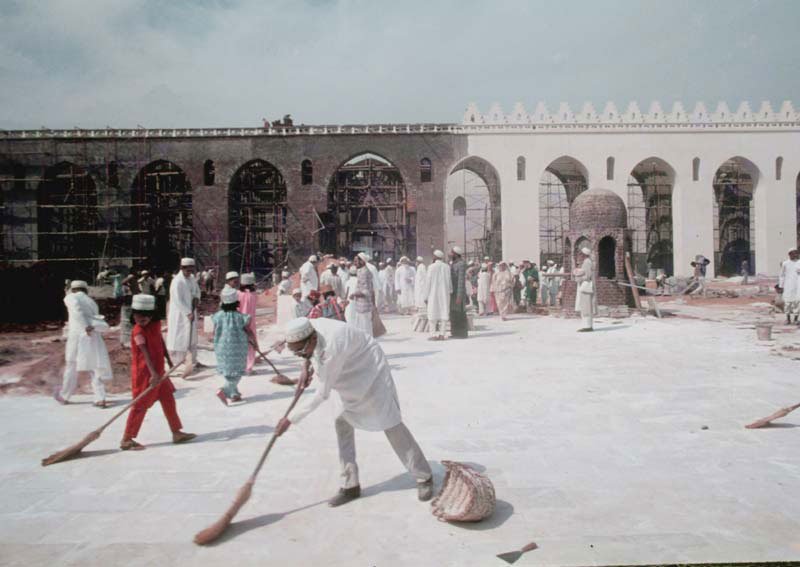 Students and graduates participate in the renovation and reconstruction of the Fatemi Jāmiʿ masjid, al-Jāmiʿ al-
Anwar in Cairo, the most defining event of the Burhani era. 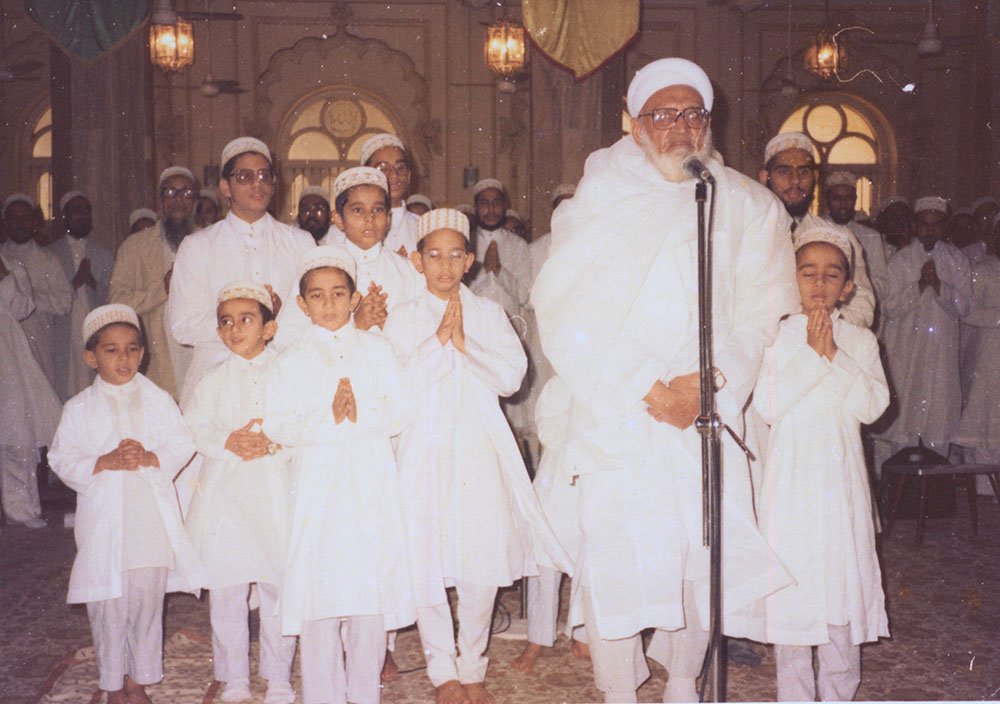 His HolinessRA conducts Aljamea’s annual examination from Mumbai for a period of five years. 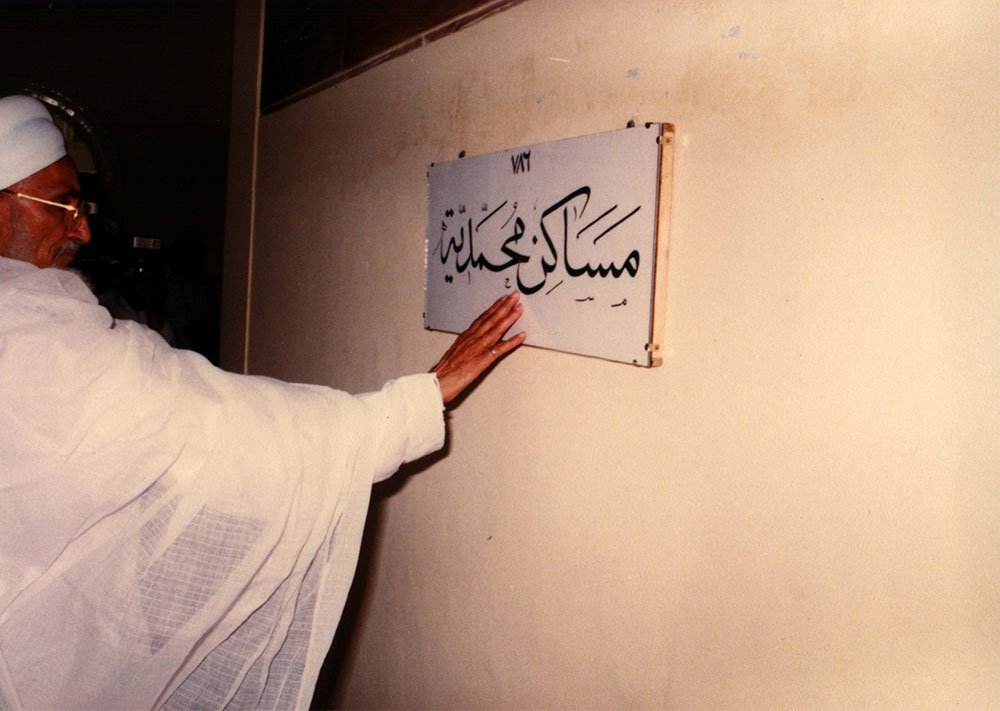 Inauguration of the new dormitory for male students in Surat named Masākin Mohammediya. 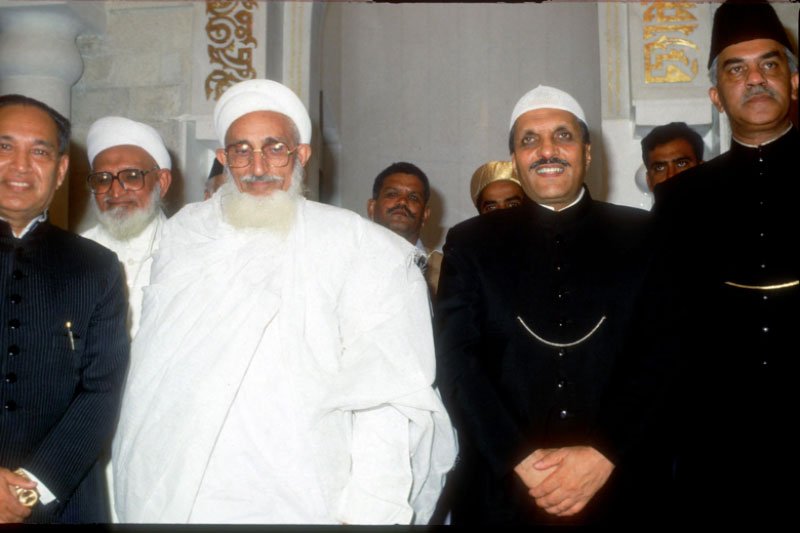 Inauguration of the Aljamea-tus-Saifiyah, Karachi campus. 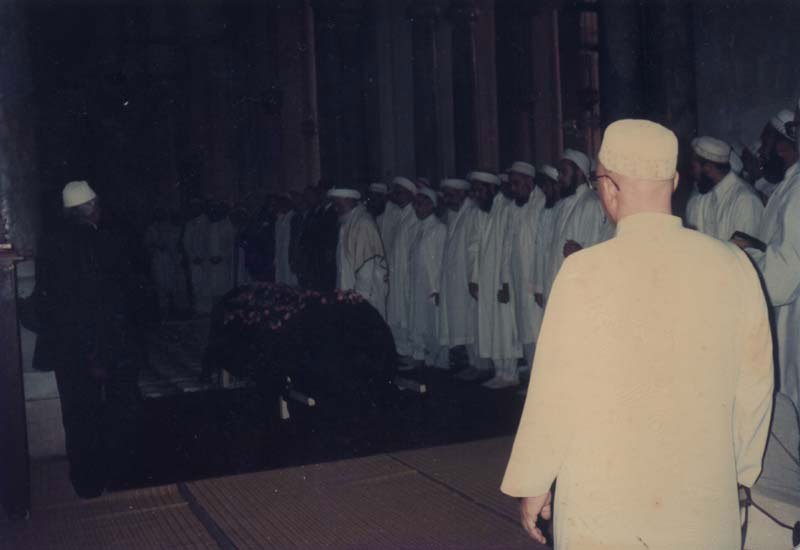 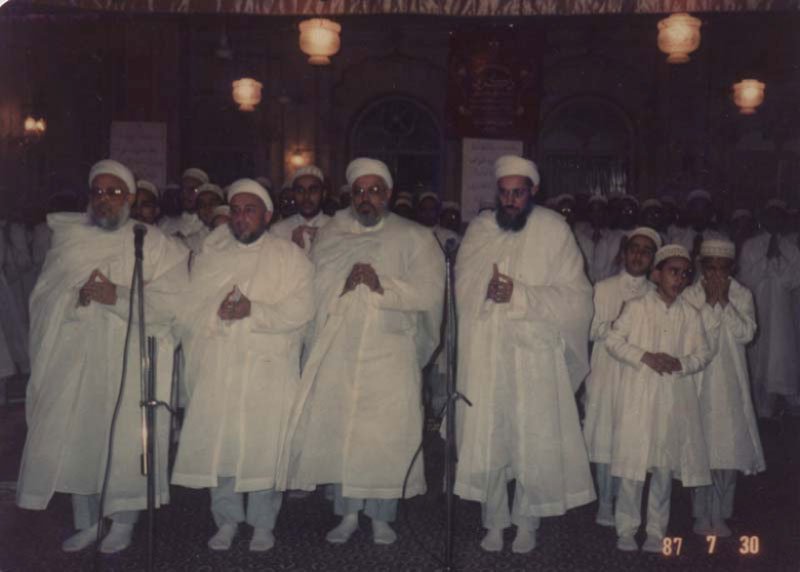 Annual examinations are conducted in Surat once more after a hiatus of five years. Syedna Burhanuddin RA inaugurates the new īwān and adjoining structures along with a new dormitory for female students in Surat named Rabwat Jiblah. 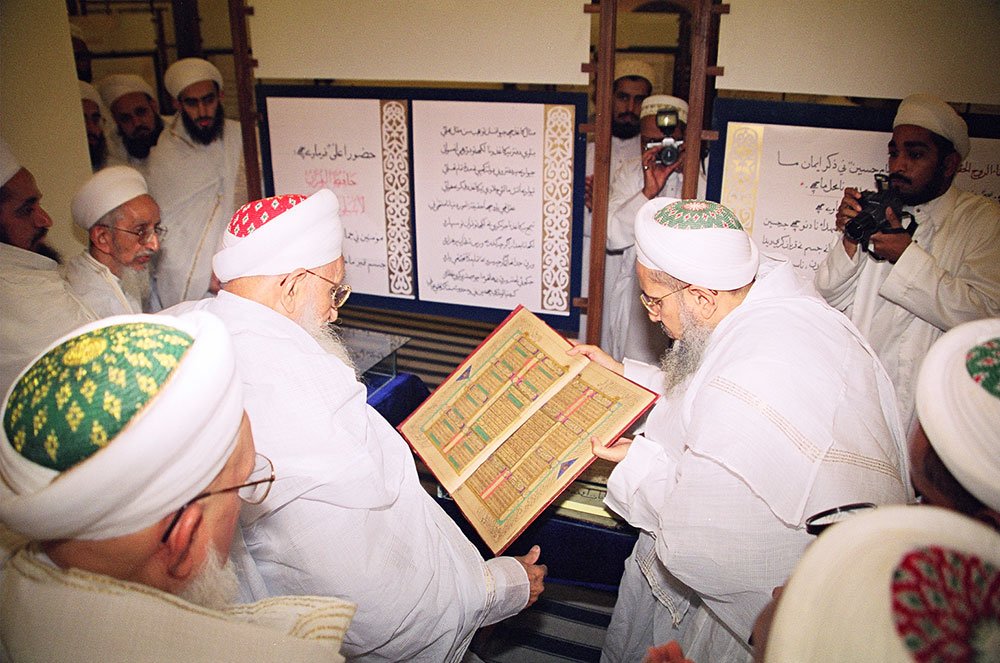 A new dedicated building for Mahad al-Zahra is constructed in Surat.

A number of Aljamea graduates are assigned to a long-term socio-economic development project in rural Yemen. 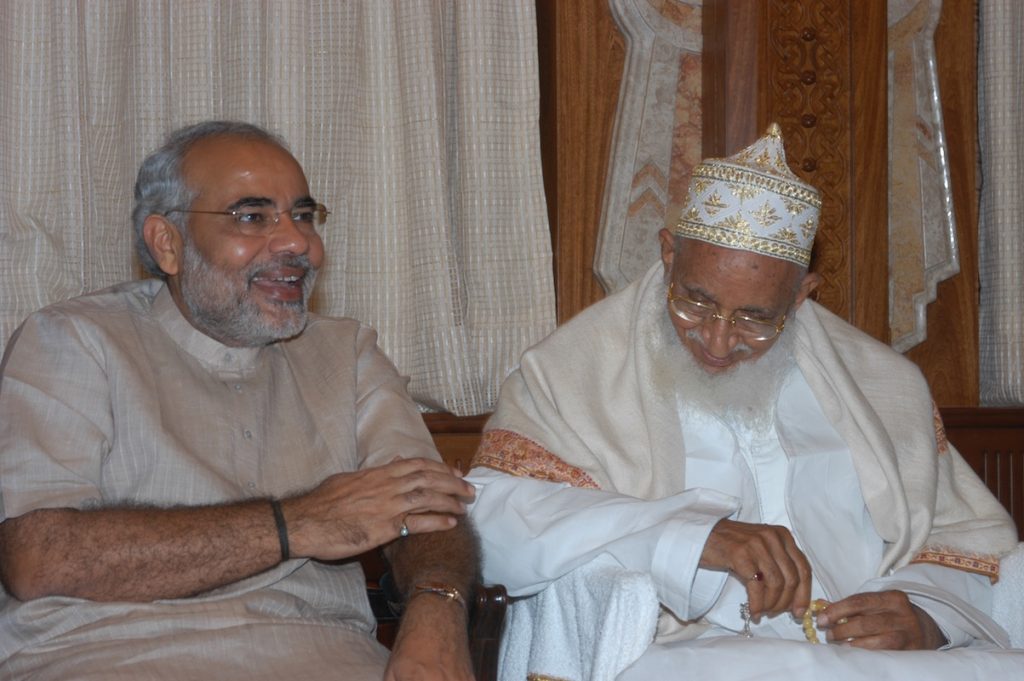 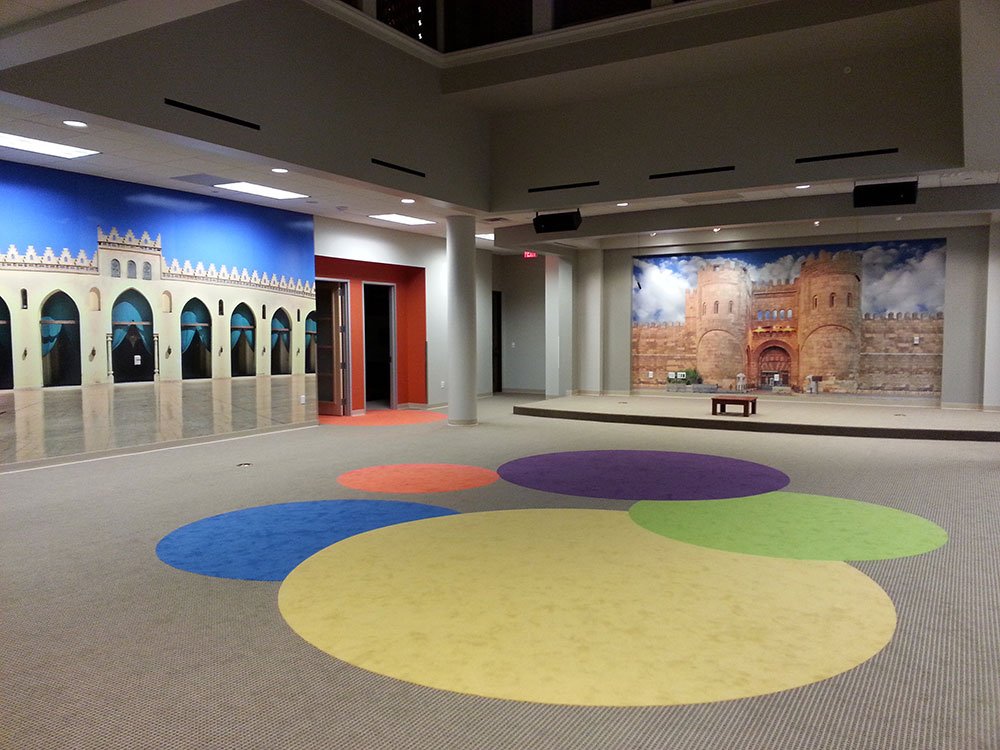 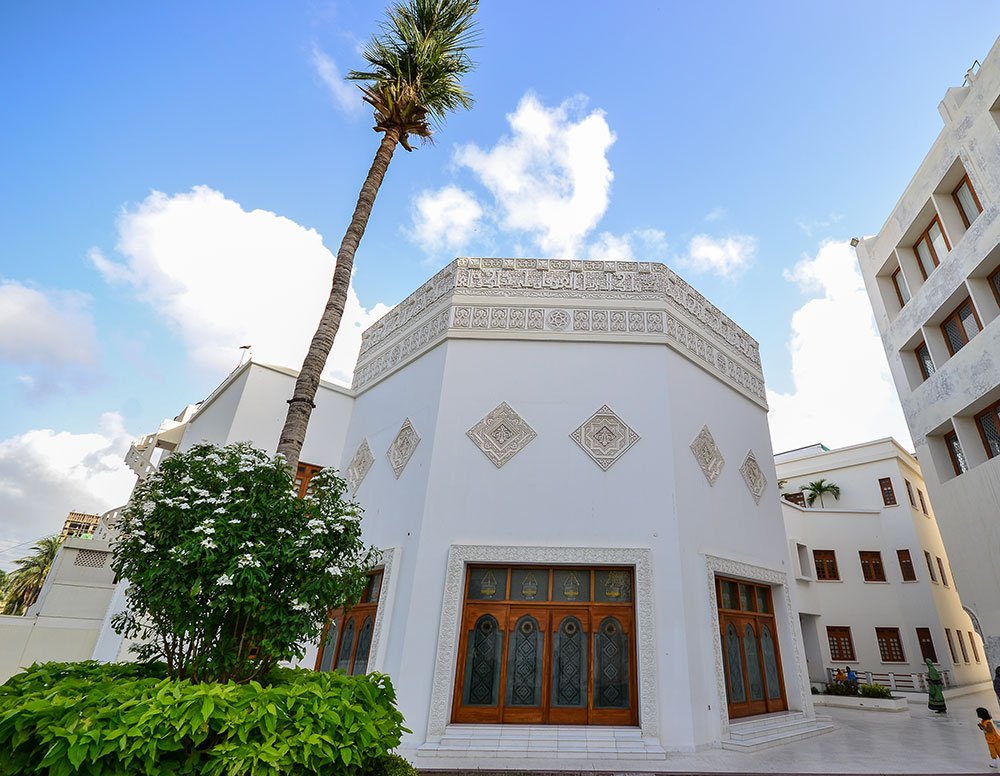 A second Mahad al-Zahra building is inaugurated at the Karachi campus. 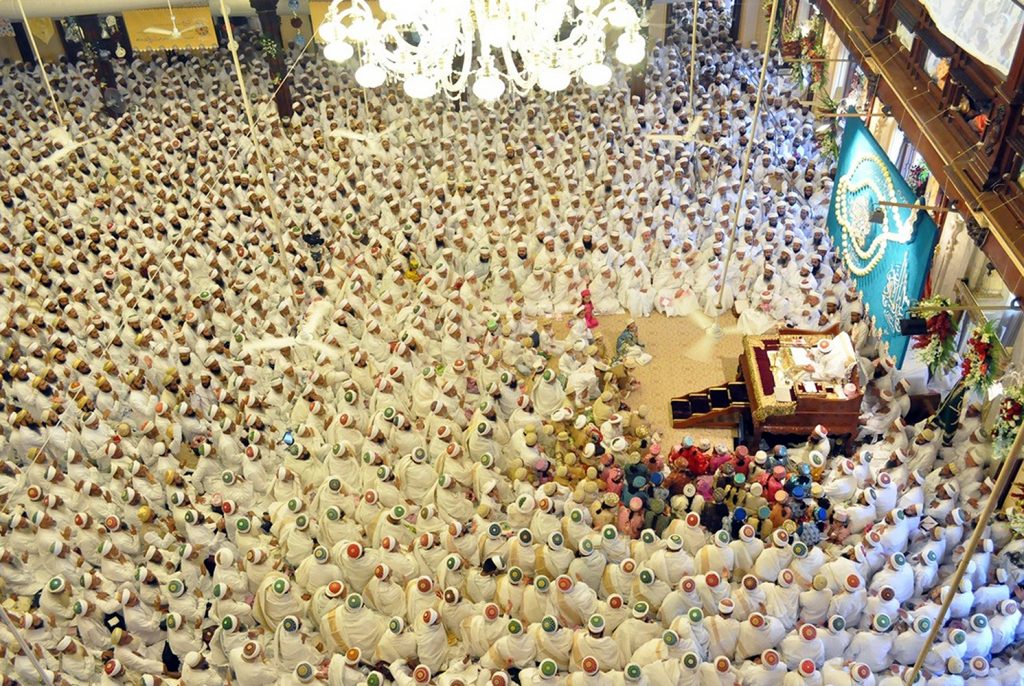 His Holiness Syedna Burhanuddin RA announces the establishment of a third campus of Aljamea in Nairobi, Kenya during his sermon on the occasion of his 100th birthday. Classes begin twenty days after the announcement. 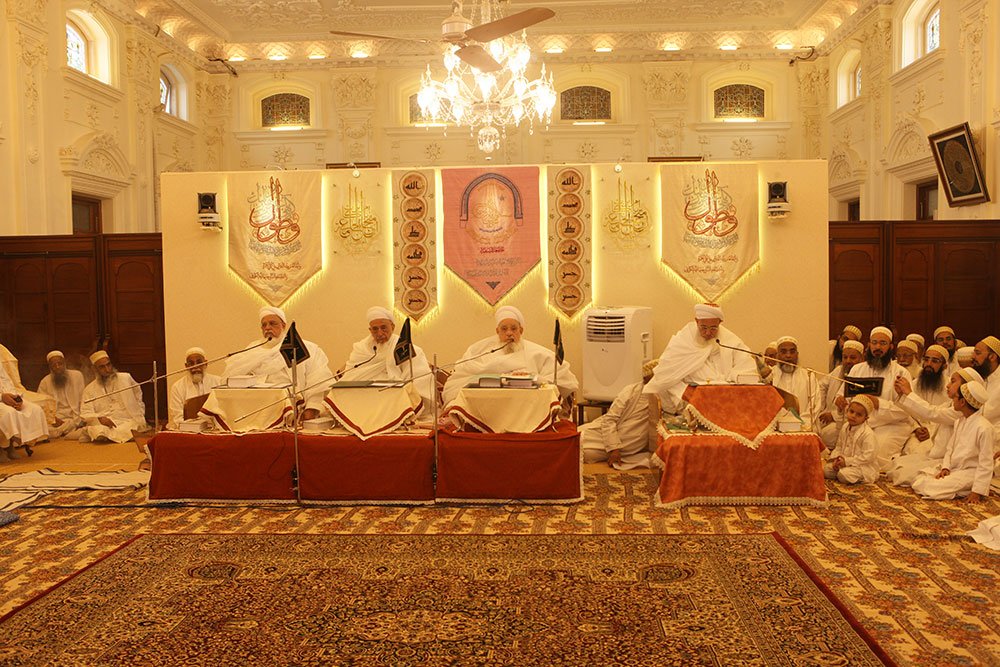 Aljamea’s annual exams are for the very first time conducted in Saifee Mahal, the residence of the al-dāʿī al-mutlaq in Malabar Hill, Mumbai.

His Holiness Syedna Burhanuddin RA announces the fourth campus of Aljamea in Mumbai, India in the suburb of Marol. 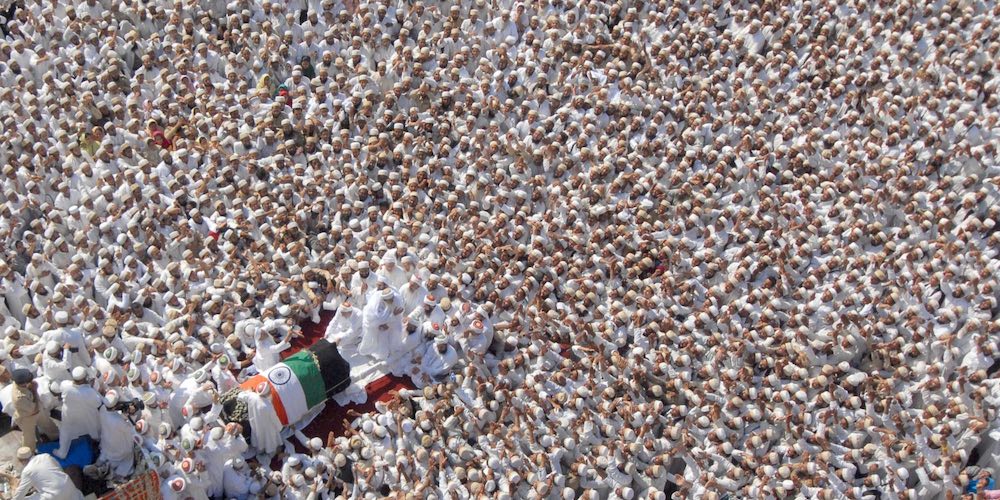 With the wafāt of Syedna Mohammed Burhanuddin RA, the sole benefactor of Aljamea for nearly fifty years, his successor and Shahzāda Syedna Mufaddal Saifuddin TUS takes up the mantle of leading the Dawoodi Bohra community and the institution of Aljamea. Aljamea’s annual exams are conducted by Syedna Mufaddal Saifuddin TUS in Saifee Masjid, the masjid neighbouring Rawḍat Tāhirah, the mausoleum of Syedna Taher Saifuddin RA and Syedna Mohammed Burhanuddin RA. 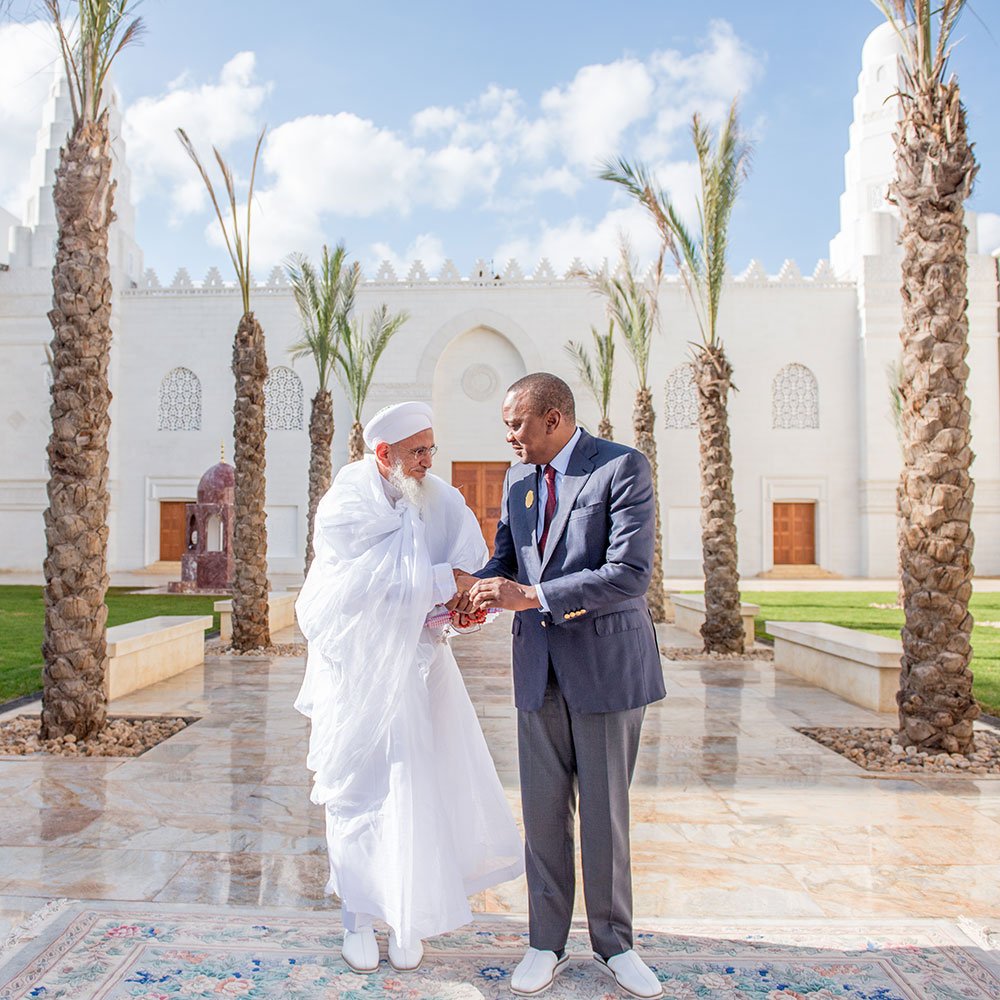 The Nairobi campus of Aljamea-tus-Saifiyah is inaugurated by His Excellency the President of the Republic of Kenya Mr Uhuru Kenyatta.