Dr Shahzāda Yusuf Najmuddin’s QR dedication to Aljamea-tus-Saifiyah was exemplary. Under the guidance of Syedna Taher Saifuddin RA and Syedna Mohammed Burhanuddin RA, he had an integral role in all Aljamea initiatives. Aljamea’s curriculum, assessment structures and even its timetable reveal his foresight and pay testament to his incessant efforts for the academy’s improvement. As rector for nearly half a century, his accomplishments in the service of Aljamea bear witness to his capacity and capability. Most importantly, he is celebrated for instilling within students of Aljamea a passion for learning and zeal for the service of knowledge and the society at large.

Amirul Jamea, as he was fondly referred to, was a master of words. Whether they be spoken or written, extempore or rehearsed, prose or poetry, his eloquence and the potency of his words were unmatched. At seminars and conferences, and during his community discourses and sermons, his words not only appealed to varied audiences but demonstrated how Fatimi philosophy provides pragmatic solutions to contemporary issues.

In recognition of his scholarship Aligarh Muslim University presented him with an honorary Doctorate of Literature in 1382/1962. 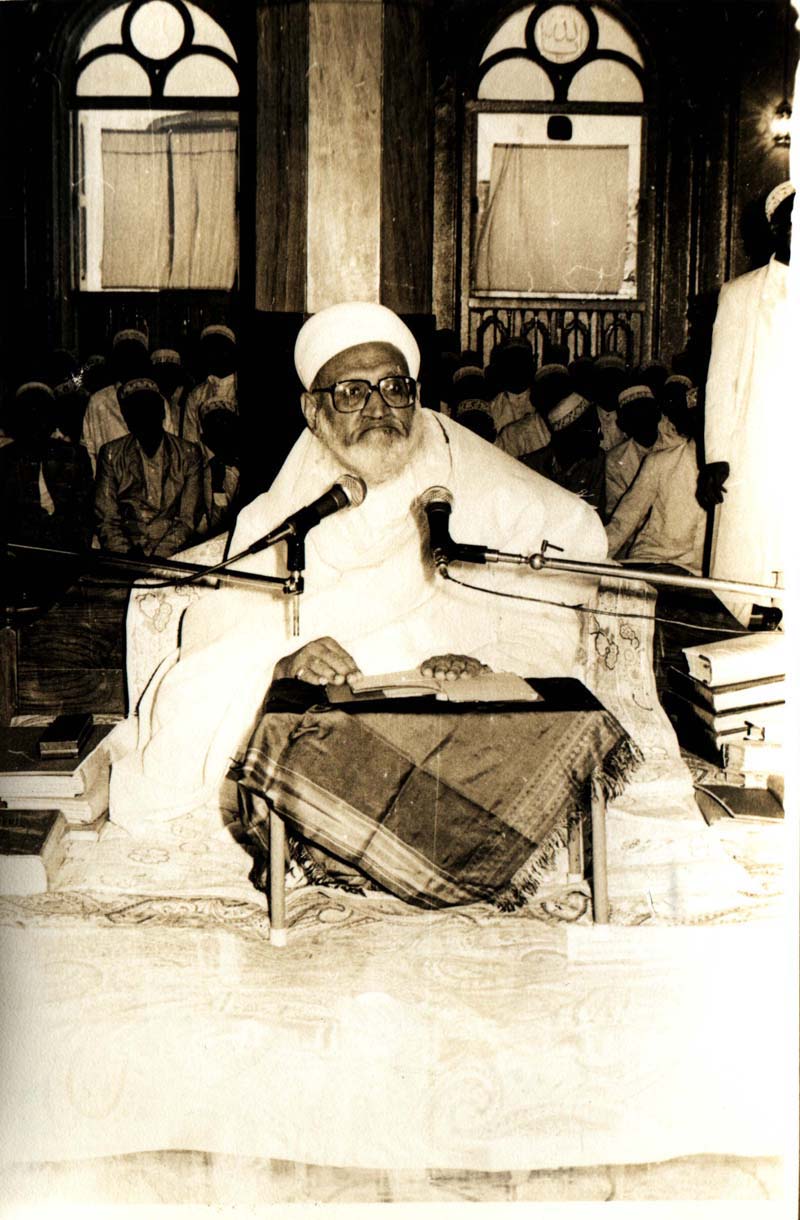