In 1333/1915, at the age of 28, Syedna Taher Saifuddin became the 51st al-dāʿī al-mutlaq. He initiated his tenure with an emphasis on the educational and spiritual reclamation of his followers. Today, Aljamea along with three hundred and fifty other schools, colleges and technical institutes and their alumni bear testimony to his educational spirit.

In line with Fatimi philosophy, Syedna introduced educational practices and subjects in Aljamea that were vital for contemporary students. The study of arts and sciences was encouraged as part of the efforts to produce graduates capable of rising to the challenges of the age. Welcoming the first Prime Minister of India Pandit Jawaharlal Nehru to the Surat campus he stated:

I have been systematically endeavouring in recent years to restructure this time-honoured Aljamea-tus-Saifiyah so as to harmonise its concepts, its curricula and its general outlook and perspective with the dynamics and the demands of the new age, without, at the same time doing any damage to the essentials and fundamentals of its original objectives. It has also been my effort to improve the quality, the standard and the diversity of the knowledge imparted in this institution so as to raise it to the status of a respected academy which would attract scholars from all places and from which would radiate rays of sober wisdom and light.

Throughout his 53 year reign, Syedna Taher Saifuddin RA consistently visited educational institutions to assist them with advice and support. Upon the request of Aligarh Muslim University, he accepted its chancellorship and was unanimously re-elected to consecutive terms up until his sad demise in 1965. Syedna accepted an honorary doctorate in theology on 14th Jumād al-Ūlā, 1365 (15th April, 1946) from Aligarh Muslim University and subsequently, a doctorate in law from the University of Karachi. 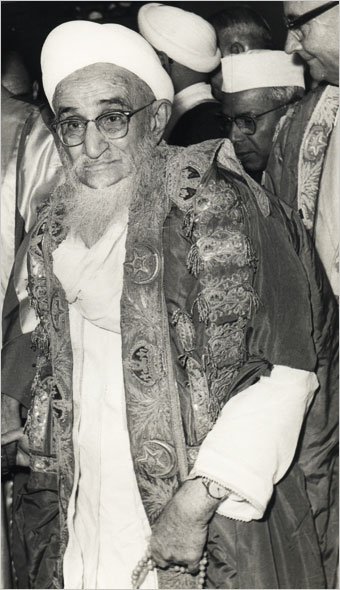