The program is part of the Dawoodi Bohra community’s ongoing global initiative, ‘Turning the Tide’ against Plastic Pollution which comes under the Project Rise banner and is aimed at inspiring and educating people, especially young leaders of the community about the perils of plastic pollution. It also focuses on how measures can be put in place to reduce and eventually eliminate single use plastics from community events and centres across the world.

Mr Erik and Afroz Shah engaged with more than 200 students and faculty members during the course of their talk. They highlighted how a substantial reduction in plastic waste can be achieved by even the smallest changes in lifestyle choices and daily practices. The merits of circular economy were also touched upon bringing to the fore an understanding of waste as a resource that can be put back into the economy rather than a liability. 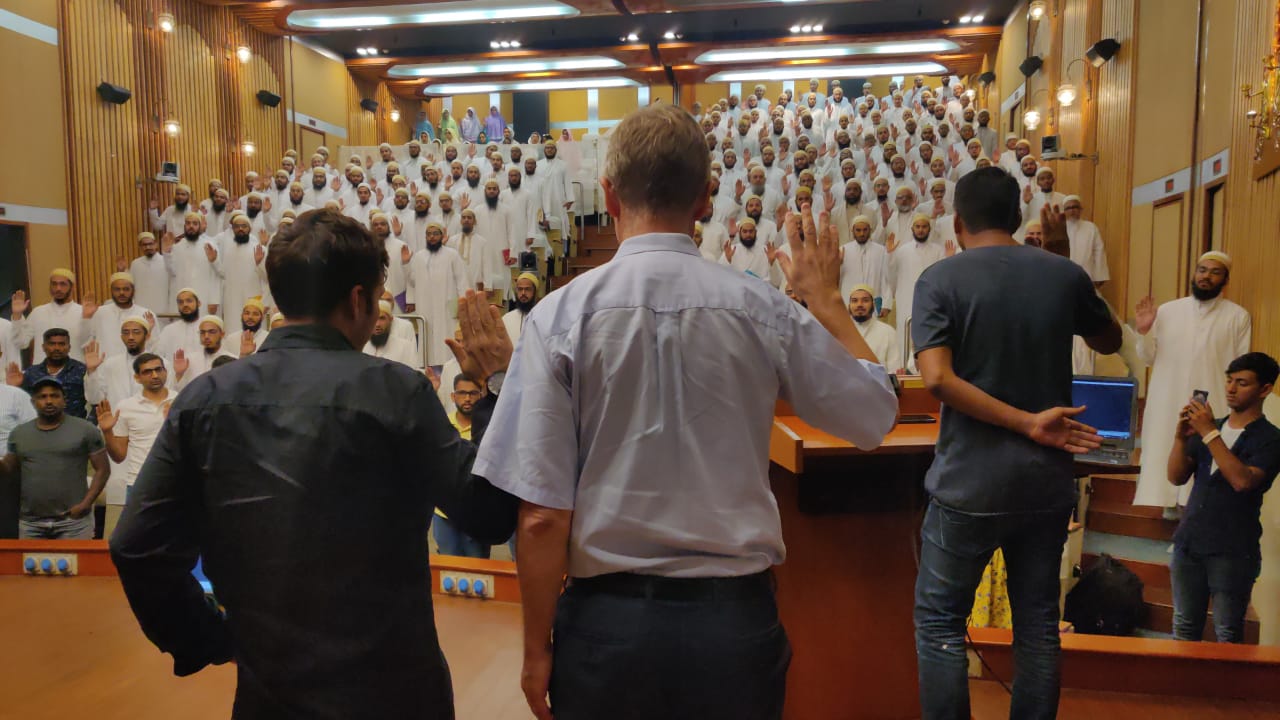 Taking a pledge to reuse, reduce and eventually eliminate single use plastics

To the students and faculty of Aljamea as to the broader community they represent, safeguarding the environment and preserving water bodies is not merely an act of civic responsibility but an expression of faith as prescribed by the tenets of Islam and the Prophetic traditions. 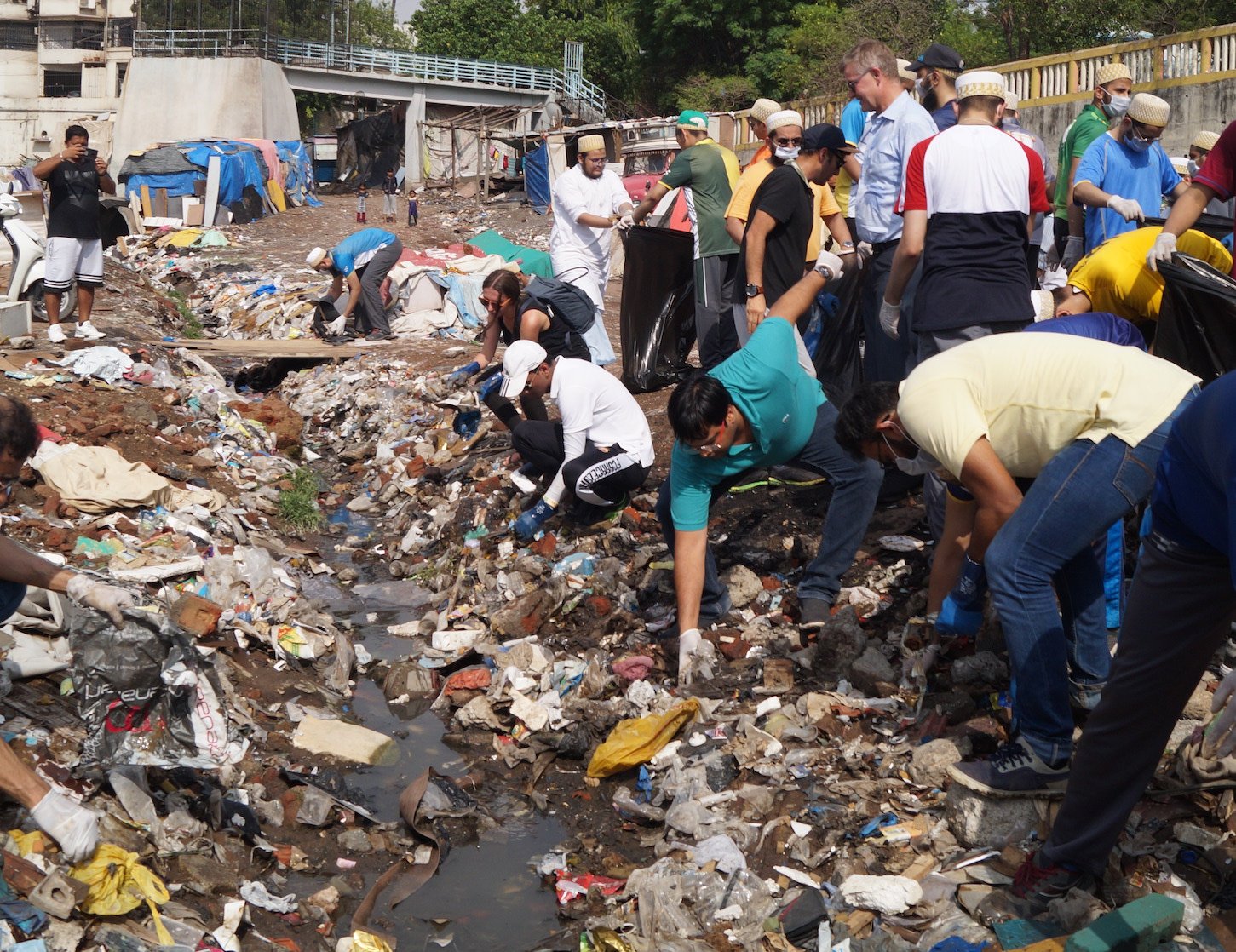 The talk at Aljamea was followed by yet another cleanup drive on the banks of the Tapti river, near Zaini bungalow as part of the sustained initiative by the community to rid water bodies of plastic pollution. Students, community members and other local volunteers joined the cleanup which commenced in the evening and saw active participation from all those involved. 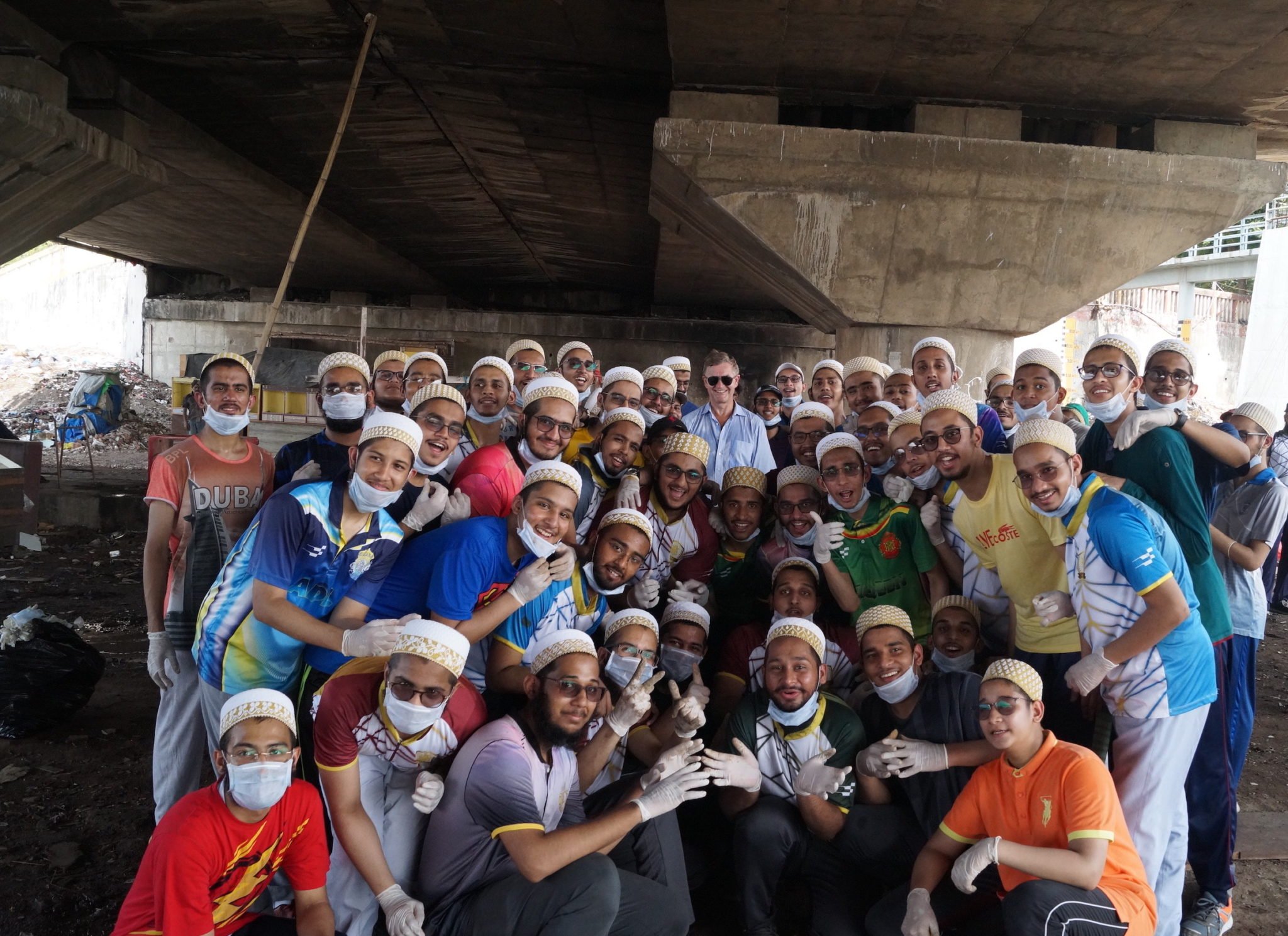