As part of the Dawoodi Bohra community’s many environmental awareness initiatives which fall under the Project Rise umbrella, students from Aljamea-tus-Saifiyah Nairobi participated in a cleanup activity organised by the Karen and Langata District Association on International Coastal Cleanup Day.

The students were joined by community members and hundreds of other volunteers from the corporate sector as well as numerous other educational institutes in a combined effort against improper waste disposal practices in the Langata area.

An estimated six tonnes of garbage was collected from roadsides by the volunteers which will undergo segregation and eventually be recycled and introduced back into the economy. 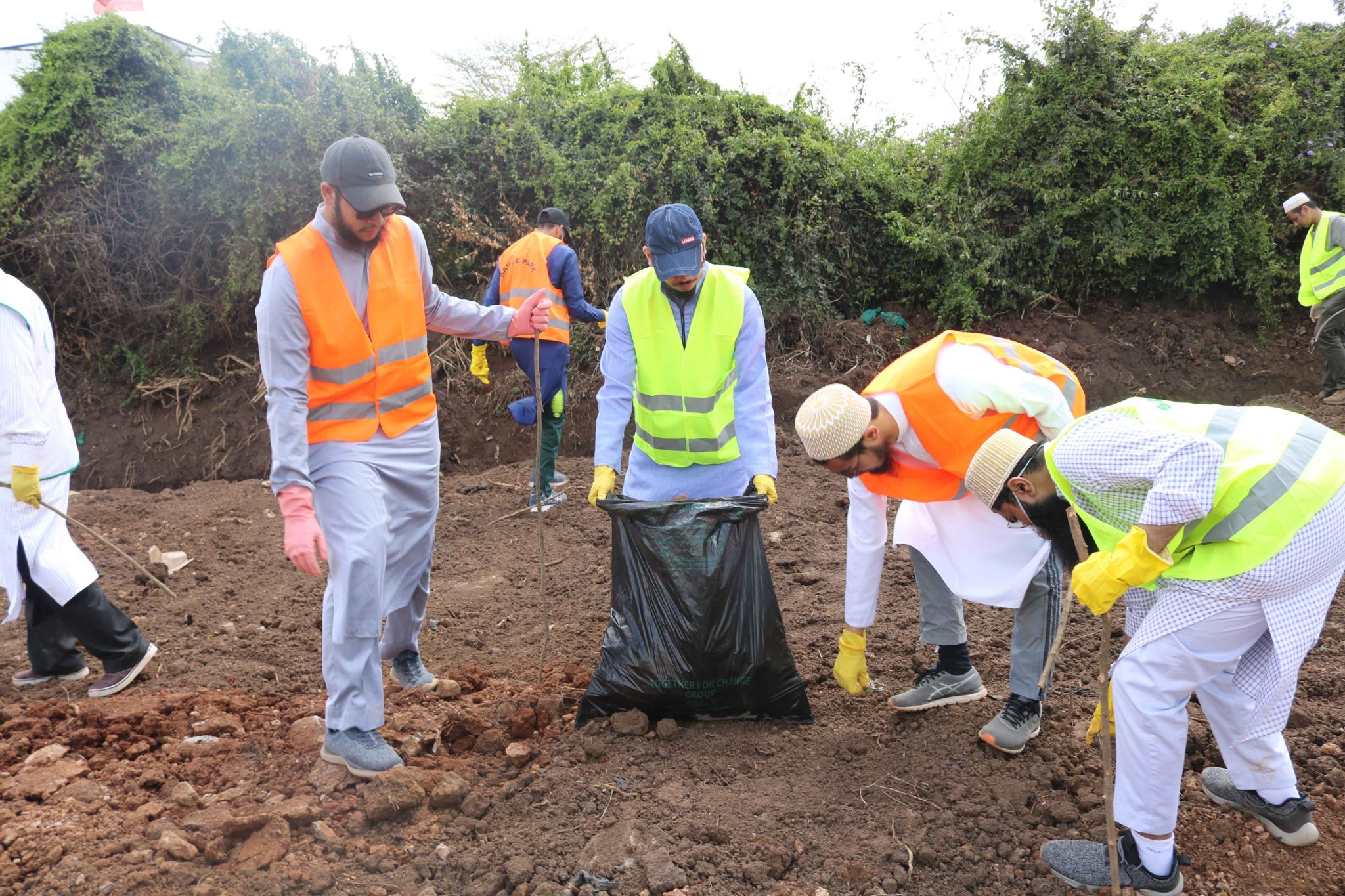 For the students of Aljamea, the activity was not merely an exercise of civic duty but an expression of faith and a demonstration of the values espoused by the Dawoodi Bohra community. The Prophet Mohammed SAW states that ‘cleanliness is an integral part of faith.’ Elaborating on this understanding, His Holiness Syedna Mufaddal Saifuddin TUS during the Ashara Mubaraka sermons this year in Colombo, spoke of how it goes against the laws of nature for garbage to be disposed in places where it harms and inconveniences other beings. Since the sharia is modeled after nature, it becomes imperative upon Muslims to honour the laws of nature and dispose of waste in a manner that does not harm any constituent of the environment.