The Chief Minister of Sindh province, Syed Murad Ali Shah along with members of the Sindh government visited Aljamea-tus-Saifiyah, Karachi on Wednesday, 3rd July. Upon their arrival, the Principal of the academy greeted them with a warm welcome after which the honourable guests were taken on a tour of the campus.

The tour began with Mahad al-Zahra, the department of Quranic sciences dedicated to the memorisation and study of the Holy Quran. Syed Murad Shah admired the building’s architecture which he found to be conducive to learning and memorisation. The Aljamea band which was positioned outside the Mahad building, played various tunes and melodies. 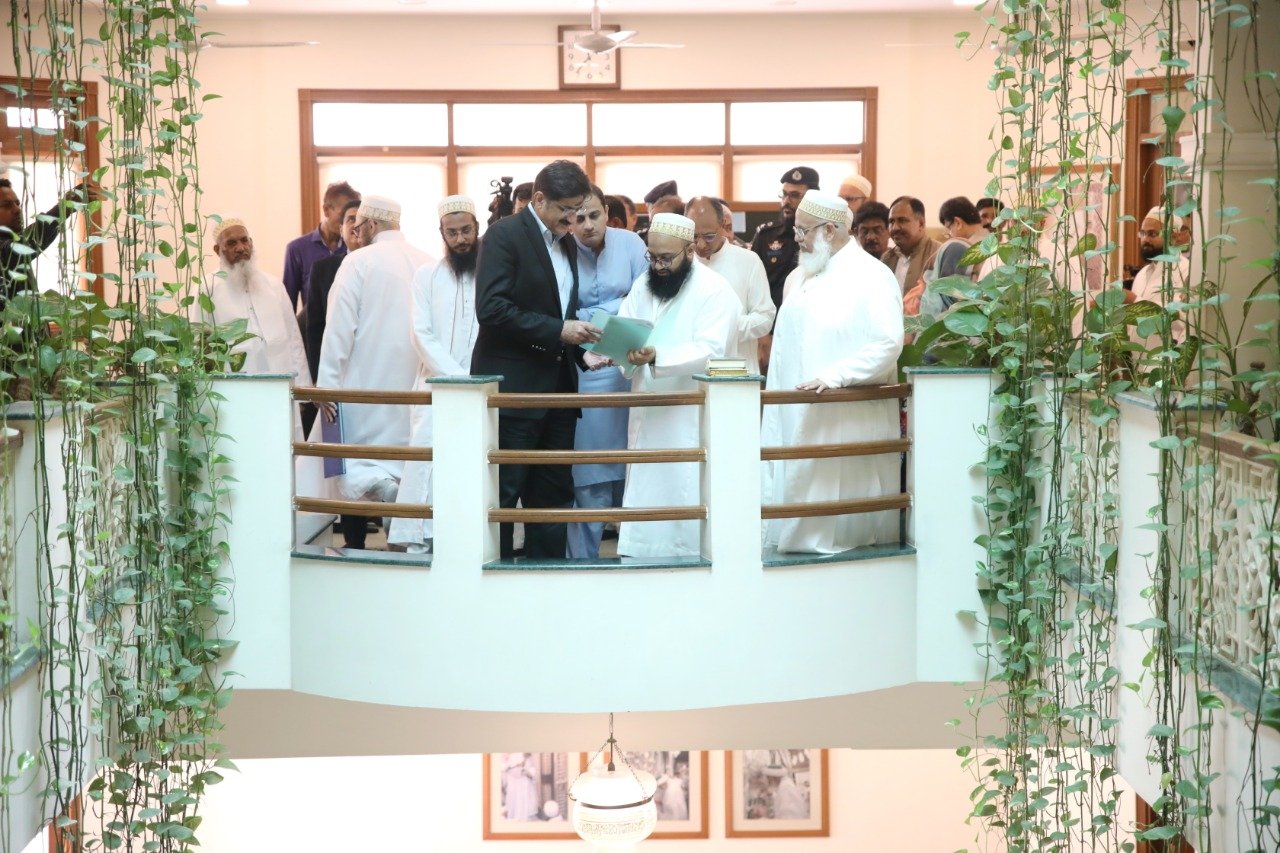 The Chief Minister then visited al-Masjid al-Fatimi. Upon seeing the Fatimi design elements he remembered the late His Holiness Syedna Mohammed Burhanuddin RA and praised his unwavering dedication to restoring numerous monuments of Islamic significance not just in Egypt but throughout the Muslim world.

A special presentation of books and rare manuscripts was arranged for the guests in the library. Syed Shah was shown pictures of his late father Syed Abduallah Ali Shah’s visit to Aljamea, which brought back pleasant memories. He was impressed by the extensive reading and research material provided to students and took a keen interest in the process of copying and preserving rare and antiquarian manuscripts. 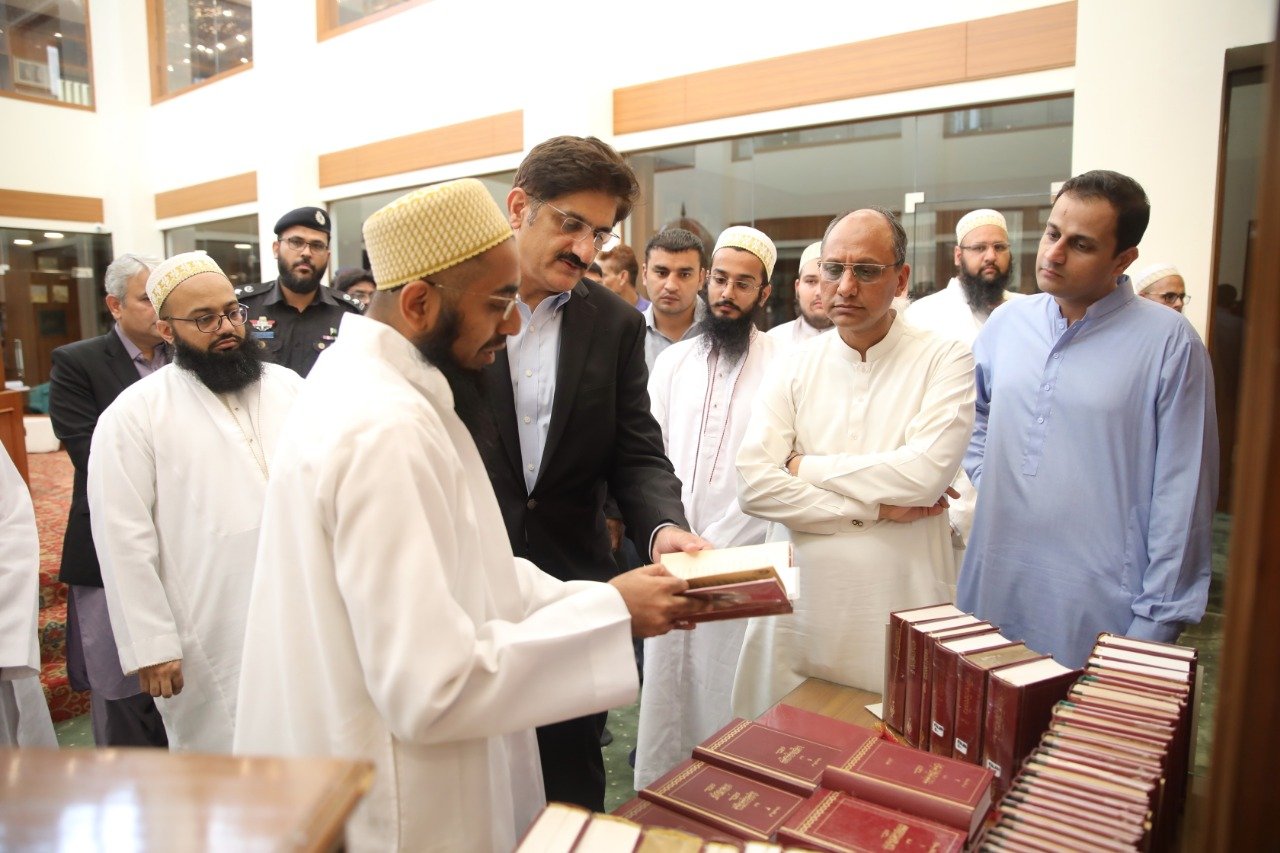 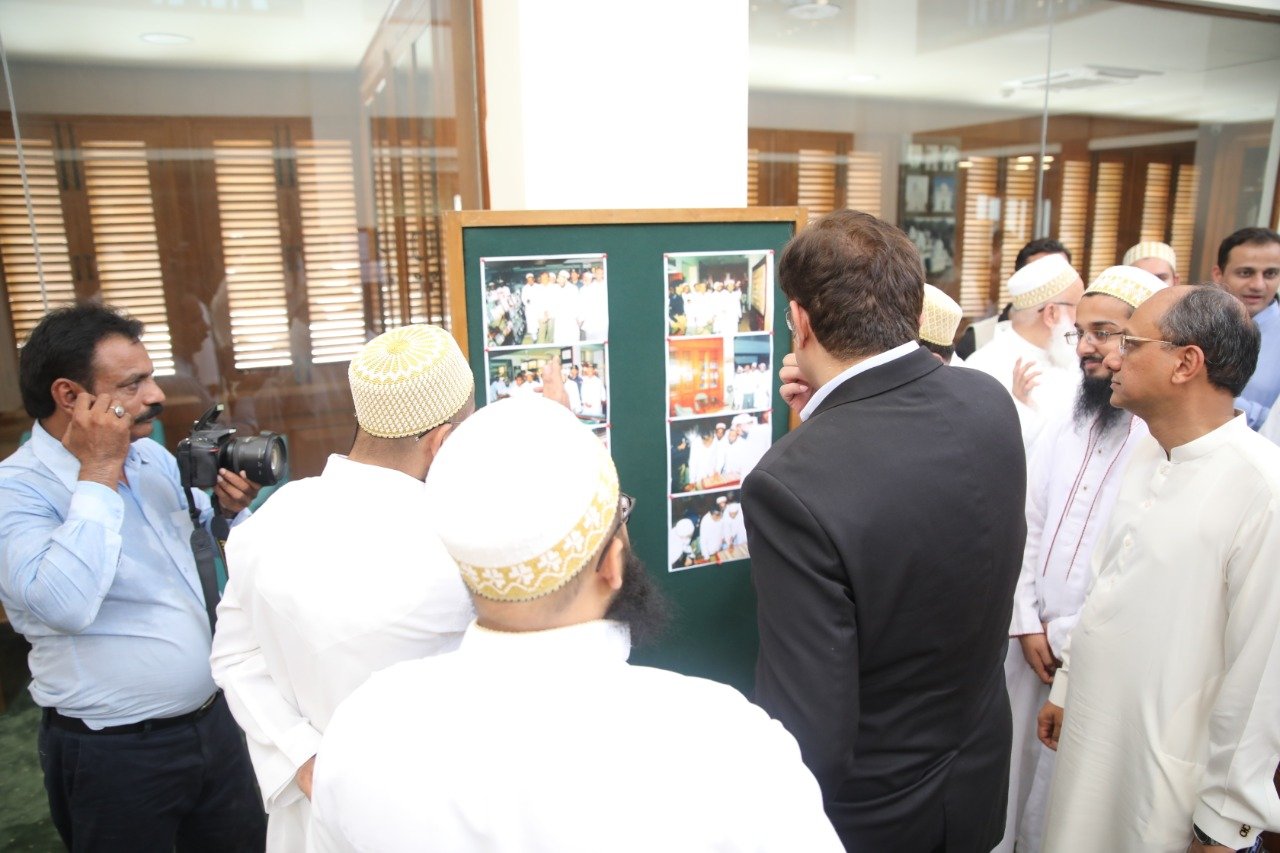 Passing through boys’ hostel, the Chief Minister then visited the sports ground, where he applauded the range of sporting activities made available to students, as well as the holistic approach to education adopted by the institute which fosters both mental and physical growth.

After the tour, he graced the main assembly hall where students and faculty members had gathered. In his address Chief Minister Shah commended the efforts of His Holiness Syedna Mufaddal Saifuddin TUS and his dedication to the cause of education, which is manifested in institutions like Aljamea. He also recalled the ʿAshara Mubāraka event held in Karachi two years ago where he had the chance to meet with His Holiness TUS and expressed his admiration for the various initiatives led by the Dawoodi Bohra community that have brought about lasting socio-economic change.

The visit concluded with a brief press conference where he reiterated the significance of Aljamea in shaping personalities that would serve the community in particular and humanity in general.

His entry in the guest book reads as follows: 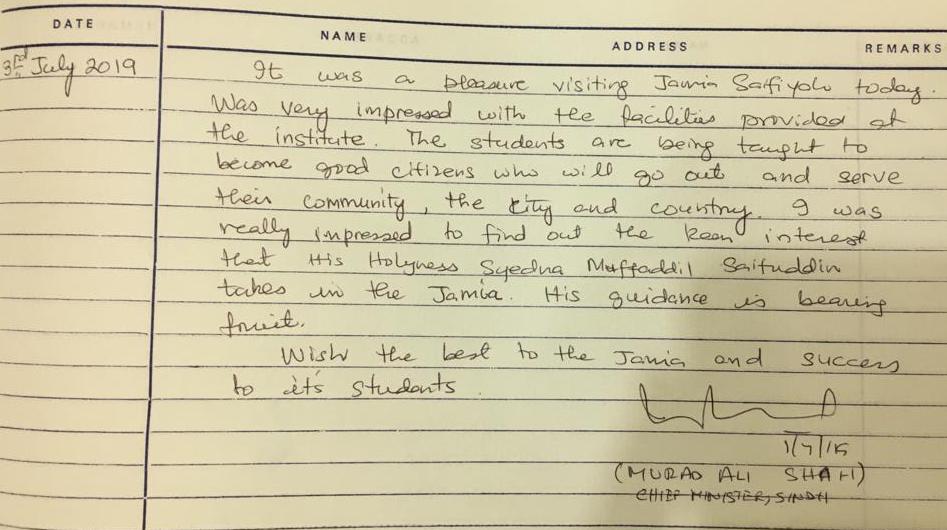